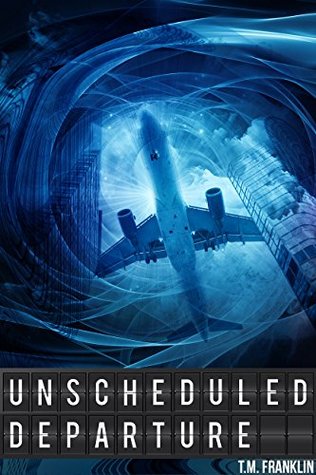 When Rowan’s boyfriend Finn has to move across the country to run the family business, she’s understandably unhappy. But after parting with him at the airport, he suddenly changes his mind—or does he? Rowan begins to notice differences in the Finn in front of her and “her Finn,” and strange phone calls from him make her question who he really is.

Rowan and her best friend figure out what’s really going on, but then they have to convince Finn … and the other Finn … and try to put things right again. When that doesn’t work, Rowan realizes that not everything is as it seems.

Unscheduled Departure is a short work of science fiction that will have you question what you know about your own life. It’s an interesting read, although it left me with a few more questions than answers. We don’t hear about how Finn figured out what was going on, and the fact that he figured everything out so quickly had me scratching my head. I never understood the phone calls either. Somehow Finn was able to call Rowan and speak to her, but I thought the phone calls should have been going to “other Rowan.” We know what was going on with both Finns, but there was this other Rowan hanging out somewhere in the universe and that’s not really addressed. I realize some of these things need to be left to the imagination in such a short story. I just wanted a little more of the information.

There was a fair amount of formatting errors in the book. Nothing too distracting, but I expected better quality so I was a little disappointed.

Overall this was a decent story with a little intrigue. The author did a good job of establishing the characters in a short amount of time. I only wish there were more to the story. I’d likely read more by this author.