His Forbidden Princess (A Royal Holiday Novella) by Jeannie Moon 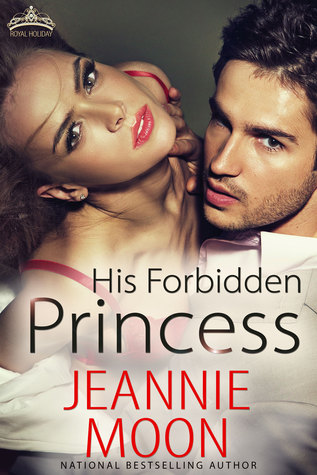 *I was provided an ARC of this story in exchange for an honest review.*

Crown Princess Sofia lost the love of her life to her duties for her country. Eight years ago, she was forced to leave Ian Stuart and her heart behind. Now her life is in danger, and Special Agent Ian Stuart is charged with protecting her, hiding her in plain sight in his family’s holiday home in New York. Ian and Sofie must fight their feelings in order to keep her safe, but danger lurks, and their hearts can no longer stay apart.

His Forbidden Princess is a contemporary romance novella set in the United States. I love a good forbidden royal romance story, but unfortunately this one didn’t do it for me. Too many of the details were told instead of being shown, not giving me a chance to connect with the characters. Some things were completely glossed over, like the specific threat to Sofie. We didn’t get to see much of Agent Ian in action since the story was so focused on the romance.

There were contradictory characterizations of some of the characters. The queen was described as being a good, loving mother, yet the story started off with her being somewhat heartless when it came to her daughter being in love. Sofie was constantly described as being strong and independent, but she didn’t act that way during her time in hiding. She also told Ian she trusted him to protect her, yet she was scared of what was going on throughout the entire story.

The plot itself was a little too wishy-washy. The reader didn’t get many details on the threat to Sofie or what to expect. When Sofie and Ian were attacked, there was barely any action. The ending felt like it added drama just for the sake of it. There was no buildup to the resolution.

There were several editing errors in the book as well. Hopefully those were cleaned up prior to publication.