The Other Sister (Sister Book 1) by Leanne Davis 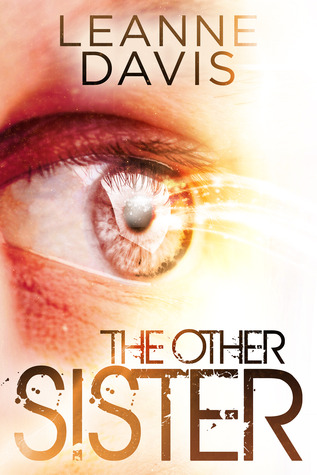 *Warning: This story deals with rape, abuse, and cutting.*

General Travis Bains is like a god in the military. His good daughter, Lindsey, is following in his footsteps, but his other daughter, Jessie, embarrasses him at every turn. When Jessie is kidnapped, the general sends Captain Will Hendricks on a personal mission to save her. Will is good at what he does and manages to get Jessie to safety, but not before witnessing her being brutally raped by her captors. He also witnesses more about Jessie’s personal life than he ever wanted to know—like the fact that she cuts herself.

Jessie Bains has been harboring secrets for most of her life thanks to the things her father has subjected her to, so it shouldn’t be a problem for her to keep her mouth shut about being raped. When she finds out she’s pregnant, Will accepts her father’s request to marry her and pass the baby off as his. But Will has an agenda of his own now that he knows what the general has been doing to Jessie. Despite not liking Jessie at first, Will vows to protect her and take care of her, even if that means giving her up so she can heal from her wounds.

The Other Sister is a compelling story that grips you right from the beginning and never lets you go. You’ll feel for Jessie, you’ll understand Will, and you’ll hurt right along with both of them. Watching Will go from disliking Jessie, to understanding her, to loving her, to having to walk away will give you all the feels. Seeing Jessie go from the abused, emotionally scarred girl to a confident woman will have you cheering her on. This made me applaud her and cry at the same time:

I loved the way the author showed Will’s transformation from hero-worship of the general to absolute disdain for the man who abused and pimped out his daughter. Will was such a strong, confident character that even when he was insulting and threatening the general, he was able to do so calmly and with military precision. His love for the military never died—just his love for the general. And his no-nonsense attitude served him well when dealing with Jessie’s outbursts.

Since Jessie had never known love before, it was no wonder she wasn’t able to recognize it in Will, nor was the newly confident woman able to fight for it. But when faced with tragic circumstances, she finally took the reins and did what had to be done in order for justice to be served and to try to get her love back.

Truly, the only reason for a less than five star rating was the editing in this book. The comma splices all over the place actually made some parts difficult to read, and there were also tense issues. But the content was worth trudging through that.

If you enjoy what feels like an impossible romance mixed in with a good dose of hurt and healing, The Other Sister is worth a read. I would definitely read more by this author.