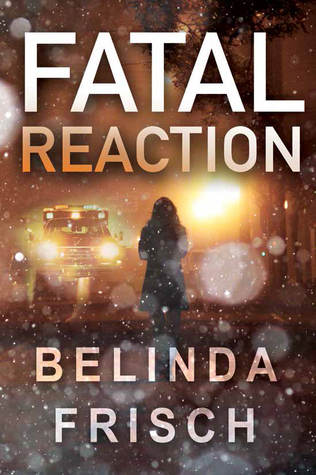 *I was provided a copy of Fatal Reaction through NetGalley in exchange for an honest review.*

Paramedic Ana Ashmore happens upon a crime scene and figures she’ll lend a hand, even though she wasn’t called to the scene. What she finds is beyond belief. Her sister Sydney has died of an apparent suicide. But Ana doesn’t believe that’s really what happened since Sydney had everything to live for after recently beating cancer. A little digging around uncovers some interesting facts. Not only was Sydney fighting with her soon-to-be ex-husband, but she was also in touch with another doctor—one Ana knew nothing about.

With help from family friend and police officer Mike and Dr. Jared Monroe, Ana pieces together what was going on in Sydney’s life leading up to her murder and finds some startling information. The killer is still on the loose, and they strike again, killing one person and kidnapping another. When Ana puts all the pieces together, she ends up in danger of suffering the same fate as her sister. Jared and Mike have to figure out where the killer has taken her and get there in time to save her life.

Fatal Reaction is a well written, fast paced mystery where nothing is as it seems. The plot is intricate, with plenty of characters and lots of twists. It is an enjoyable story that will keep you enthralled right up until the end. Even though I figured out who the killer was early on, there was still plenty to hold my attention. The “how” was just as important as the “who” and the “why.”

There are a few drawbacks to this story though. The number of players makes it difficult to remember who’s who and what their relationship is to everyone else. Short chapters jump from one scene to the next quickly, making it hard to figure out the timeline of what’s going on. And with so many people involved, there isn’t much depth to any of the characters or their relationships to each other. For example, we are told Ana is in love with a man she can’t have, who turns out to be Jared. Jared has been married for close to twenty years and is on the verge of divorce. Other than that, there is no background information on how Ana and Jared met or how long they’ve known each other. We are just supposed to believe the interest exists between them.

Overall, this is a good mystery with a lot of action that will keep you involved in the story. I enjoyed reading it and would likely read more by this author. Note: this is a revised edition of Fatal Reaction that will be published on June 9, 2015.