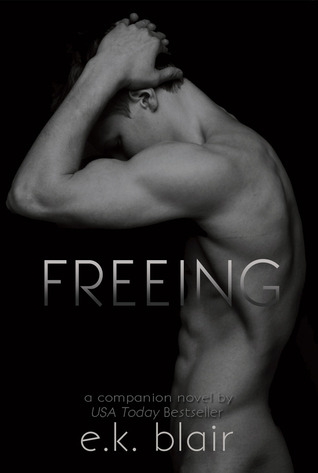 Jase Kinrick knows he’s gay; he just doesn’t know what to do about it. After fooling himself and everyone else in high school by dating a ton of girls, he’s excited to start his life over when he moves away for college. The problem is he still can’t quite accept himself, so even though he’s open about his sexuality and has many flings with other men, he can’t commit to a relationship.

When Jase meets Mark, a sexy musician and fellow architecture student, Jase has to find a way to accept himself for who he really is. Mark doesn’t do flings, so if Jase wants to continue exploring his growing attraction to Mark, he’s going to have to make some big changes in his life.

Freeing is an interesting story of someone who has come out of the closet yet still hasn’t fully accepted himself for who he is. Jase is sure his family won’t approve of him being gay—and he finds he’s right when his parents kick him out—but even after coming out to them, he still struggles to be open in his relationship with Mark. Even though he pushes Mark away and can’t fully accept himself, Mark is patient and understanding, leading Jase in the right direction with quiet determination. Mark’s love for Jase is unwavering, and even though Jase also loves Mark, it still takes time for him to be comfortable in his own skin. I truly enjoyed this twist on the male/male romance.

Jase also has a best female friend, Candace, who loves Jase and is accepting of his sexuality. When Candace finds herself in a horrible situation, Jase is there for her without question. I loved seeing Mark’s continued determination with Candace. He showed his love for Jase by truly caring for Candace and being understanding when Jase needed to be with her. Mark never questioned Jase and Candace’s relationship, and he even accepted Candace into bed with them (in a non-sexual way) when she needed comfort.

There were parts of the narrative that were repetitive, making it seem like the author didn’t trust the readers to remember the details. I also felt there needed to be a little more explanation for why Kimber, Candace’s roommate, seemed to disappear from the story. Kimber was extremely involved with Jase and Candace in the beginning, and although she was left out of Candace’s recovery, there was never any mention of her once she got mad at Candace.

Overall, the story was enjoyable and well-written. I would definitely read more by this author and more of this series. Freeing is book two of the Fading series, and it can be read as a standalone.