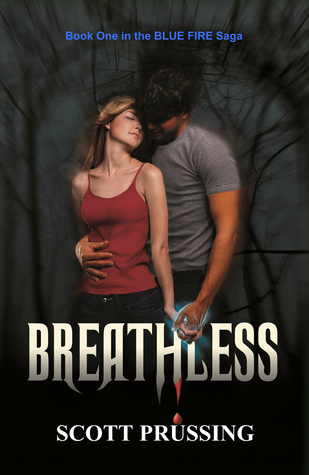 Leesa Nyland has never had what most would call a normal life. Her mother hides in the dark and won’t go outside during the daytime, claiming she was bitten by a one-fanged vampire eighteen years ago while she was pregnant with Leesa. Now Leesa is moving to Connecticut for college to be closer to her aunt and uncle, but also to search for her brother Bradley who disappeared without a trace after sending Leesa an email saying not to look for him.

Not long after starting college, Leesa meets two strange but intriguing men: Rave and Stefan. Rave warns Leesa to stay away from Stefan, claiming he’s a vampire. With Leesa’s family history, she doesn’t immediately dismiss the notion. As her attraction to Rave grows, she finds out he’s keeping some secrets of his own.

With the help of her Vampire Science professor, Rave, and even Stefan, Leesa continues to search for her brother. In the process she stumbles onto information that might cure her mother. But with Rave and Stefan being sworn enemies, Leesa will have to make some tough decisions if she wants to save her brother and help her mother.

Breathless is not just another teenage vampire novel; in fact, the vampire in this story is not even the hero. But it is a story about vampires and other paranormal creatures that had me intrigued right from the start. I loved the different spin the author took in this plot. There are two other creatures that feature prominently—grafhym, which are one-fanged vampires with lesser powers, and volkaanes, which are extremely powerful vampire hunters who have fire within them. Rave, the hero of Breathless, is a volkaane, which adds a different twist to the romantic aspect. He can’t touch Leesa until he’s ready to tell her his secret because she’d immediately feel the heat his body gives off. He also has to be extremely careful while kissing her because the fire inside of him is used through a kiss to kill vampires and could easily kill Leesa if he’s not careful.

This story mixes the romance between Rave and Leesa with Leesa’s search for her brother and information on what might have actually happened to her mother eighteen years ago. The plots are all nicely entwined. While Leesa is adjusting to life in college and making new friends, she’s also exploring her relationship with Rave and hunting down clues to her brother’s disappearance. Her professor agrees to help her, and in the mean time he also happens upon some information related to her mother. I loved watching Leesa go from a shy loner to a somewhat more outgoing friend, all while asserting herself and making life or death decisions regarding her family and herself.

I had very few complaints while reading this book, but in all fairness I’ll share them with you. The story was told in third person point of view, which is good for capturing more than the main character’s thoughts. At times, the points of view were mixed together in the same section, making it slightly difficult to follow. Not a huge deal though. There were a few scenes from a random character’s point of view that I thought could have been removed. For example, not showing us how the young vampire escaped and went on his spree would have left more intrigue while the main characters were trying to figure out what happened to the missing girls.

My only other issue was that at times there was too much description. It wasn’t necessary to detail exactly what each character in a scene was wearing or what they did or didn’t eat. But that information was easy enough to skim over.

Overall, I really enjoyed this book and wasn’t able to put it down. Breathless is book one in the Blue Fire Saga, and it wraps up nicely, leaving room for the plot of the next book without leaving the reader on a cliffhanger. I look forward to reading the rest of this series.