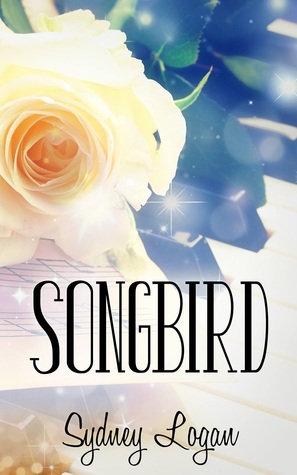 *I was provided an ARC of Songbird by the author in exchange for an honest review. I am not compensated for my honest opinion.*

Callie Franklin wants nothing more than to work her way up the newsroom ladder so she can report on something interesting and make a name for herself. So focused on her career, she doesn’t have time for a boyfriend, and she doesn’t do one night stands. That is, until she meets someone in a bar the night before her best friend’s wedding.

Devin McAllister prefers casual relationships so he’s not tempted to give over his heart—something that’s not available. But since his night with Callie, he can’t get her off his mind. When he runs into her at a charity function, he hopes to make the most out of the chance encounter. Callie telling him she’s pregnant with his child is not at all what he expects.

Neither Devin nor Callie are ready for a baby, but they’ll have to take what life’s thrown at them. Now they’ll just need to figure out if they also have a place in each other’s hearts.

Songbird is a sweet contemporary romance with a touch of drama. The heartfelt story will leave you with a feel-good smile on your face. Neither of the main characters is ready for a relationship when they meet, but their attraction is undeniable. When circumstances push them back together, they have to do their best to adapt while their feelings continue to grow. In the end, they make a lasting relationship out of an unusual situation.

I truly enjoyed every minute of this book. Watching Devin and Callie grow—separately and together—was a pleasure. Callie didn’t have a very good role model in her mother, which pushed Callie to be more independent than she needed to be. She took on her mother’s mistakes as her own and tried to prove herself better. It wasn’t until Devin came into her life and wanted to make it easier on her that Callie realized she didn’t have to be the perfect independent woman her mother wanted her to be. Devin’s desire to take care of Callie and the baby gave Callie the chance to let go of the reins a little.

While Devin’s family was near-perfect, his heart had been shattered at a young age and he was unwilling to risk it again. He’d lived his life with little attachment, but his attraction to Callie had him all tied up in knots. Then a baby was added to the mix, and Devin didn’t know how to handle himself. With the help of his family, he was able to let go of his fears and open his heart once again, letting in his love for not only his baby, but Callie too.

The secondary characters were an enjoyable addition. The relationship between Callie and her two best friends was natural and fun to watch. I loved seeing them share ice cream over boy-talk or arguing over what Callie should do.

This book was truly engaging and kept me reading page after page. Mostly lighthearted, there was just enough drama to make things interesting. I would definitely recommend it and look forward to reading more by Ms. Logan.

1 thought on “Songbird by Sydney Logan”