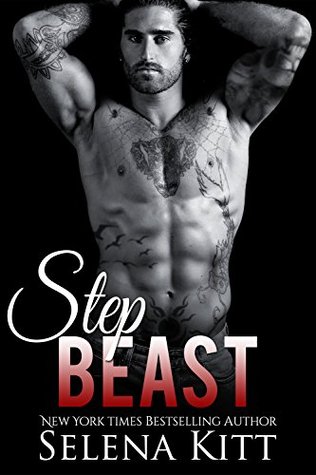 Mathilda “Tilly” Beeston’s privileged life has been lacking one thing: her mother’s love. She can do no right in her mother’s eyes, yet her stepbrother, nicknamed Beast, can do no wrong. But Beast has been gone for years, only returning now that Tilly’s mother is on her deathbed. And Tilly’s been harboring a secret, one that might tear what little relationship she has left with Beast to shreds.

Conrad “Beast” Beeston III wants to step out of his father’s shadow, but spending eight years in the military only hardens him further. He fights his love for Tilly with everything he has, and he does it for her own good. Beast is keeping secrets of his own from her. Now that he’s come home, Tilly won’t give up. She pushes with everything she has to gain Beast’s love, but she doesn’t realize she’s throwing herself in the middle of a dangerous situation.

Beast was a fantastic character. He was full of secrets and his personality didn’t give much away. He was the strong, silent, sexy type, which made me as interested in him as Tilly was. I enjoyed the way we learned about what he was up to little by little.

Tilly, unfortunately, came off as a spoiled brat and a petulant child. I had trouble liking her and couldn’t see what Beast found in her. The story being told from her point of view made it tedious at times. Her characterization was consistent and her background made it easy to understand why she acted the way she did, but I still had trouble relating to her and rooting for her.

The way the erotica was mixed with action was masterful and kept me reading, but quite a few things drew me out of the story. The author’s writing style was not for me. There were too many thought verbs and too much “telling” instead of “showing.” Also, em dashes—interruptions in the sentence like this—were used way too often. At times I had to go back and reread the sentence without the interruption to make sense of it.

There were quite a few grammatical and editing errors. Sometimes the wrong word was used, like unconscious instead of subconscious. In some places there were too many commas, and in others commas were missing. Some information was rehashed multiple times, and the story would have been more concise without it. There was also contradictory information. When Tilly was captured, her phone was shattered and lost, but after she was rescued she pulled it out of her pants pocket and answered it. At one point, we were told Tilly and Frankie had a discussion while in captivity, but that would have been impossible because they’d been gagged during that time and were only able to get their gags off for a short time when they were plotting their escape.

I had trouble rating this book because I really did like the plot but had to weigh it against all the other issues. In the end, I went with three stars, as this was an okay read but not great. With proper editing help, it could have been much better.