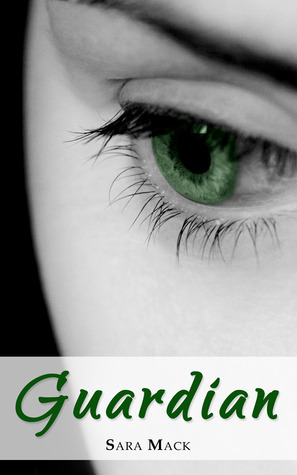 *I was provided a copy of Guardian by the author in exchange for an honest review. I am not compensated for my honest opinion.*

Overcome with grief after losing the love of her life, Emma Donohue tries to put her life back together with the help of her best friend, a new job, and the interest of new friend Dane. But James’ voice in her head makes her think she’s going crazy. When she sees James—really sees him—she has to decide if hallucinations are taking over her life or if what James tells her about himself is true.

Guardian is book one in The Guardian Trilogy and is a paranormal romance between Emma and a new love interest, Dane, after Emma’s boyfriend James is killed in a car accident. The premise of the story was enthralling. James appeared to Emma and explained how he became a Guardian and what that entailed while allowing him to visit her from time to time. But in visiting her, he was also witnessing her life and how she was moving on. Emma was consumed with guilt over James’ death, believing it was her fault, and also didn’t want to move on since she still loved James so much. She had some difficult decisions to make throughout the book.

Starting with James’ death, the book backtracked a bit through Emma’s memories to show how their relationship came about. A little too much information was provided while still not truly selling me on their great love. Little tidbits of paranormal activity were hinted at in the beginning, but the first part of the book dragged for me before things really got moving.

The story did pick up pace and keep me interested until the end, although I had trouble with the timing of the plot. The entire book took place over about three months, and Emma’s best friend was pressuring her to move on with another guy only a month after James’ death. Dane also was a bit too forward for my liking. He would say he didn’t want to pressure Emma and understood she was grieving, but his actions were entirely contradictory. I did see a bit more connection between Emma and Dane though.

There were some editing and formatting problems, but one thing that confused me more than anything was a major part of the paranormal aspect. When James was with Emma, he wasn’t able to touch her. Hands and bodies passed through each other, but then they were able to hold hands, put arms around each other, and kiss.

This was a solid plot that left the door open for book two of the series without a cliffhanger but had some definite room for improvement.