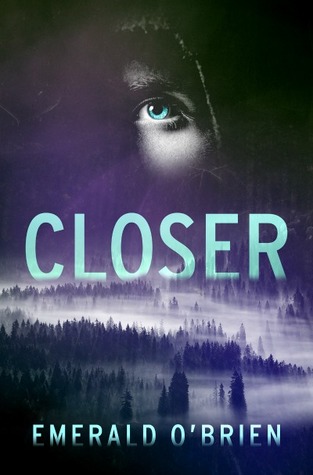 *I was provided a copy of Closer by the author in exchange for an honest review. I am not compensated for my honest opinion.*

Just when life should be perfect for Chloe Forrester, everything begins to unravel. Her new fiancé is accused of cheating on her with another woman, and to make matters worse, the woman in question winds up dead. Paxton Potter won’t rest until he gets to the bottom of his ex-girlfriend’s death. He may have broken up with her for cheating on him, but that doesn’t mean he can stand to let her killer go free.

Pax makes Chloe question everything she’s ever known. As the two begin to look closer at the events surrounding Pax’s ex-girlfriend’s death, an attraction is formed. Chloe will need to find the courage to make her own decisions when Pax becomes the prime suspect in the murder.

Closer is a romantic suspense story with lots of twists and turns. The suspense was intriguing, keeping me guessing about the murderer right along with the main characters. The relationship between Chloe and Pax was set at a good pace, especially considering they had both just come out of relationships with someone they thought they’d be with forever.

The main drawback to the story was the relationship between Chloe and Harrison. The story opens with Harrison being accused of cheating on Chloe, so I never felt invested in their relationship. Yet Chloe continually considered going back to him, which made her character appear weak and wishy-washy. While the opening drama was meant to draw the reader into the story, some more building of Chloe and Harrison’s relationship would have made her indecision more believable. Conversely, she could have stood her ground in deciding she was done with Harrison, which would have made her a stronger character.

There were also a lot of editing issues in the book, like incorrect dialogue punctuation and comma splices. The number of dialogue interruptions was distracting as well, forcing me to reread the dialogue to make sense of it.

A little more believability and some good editing would have increased my enjoyment of this story. The base was there with a good plot and well thought-out suspense, but it needed a better execution.