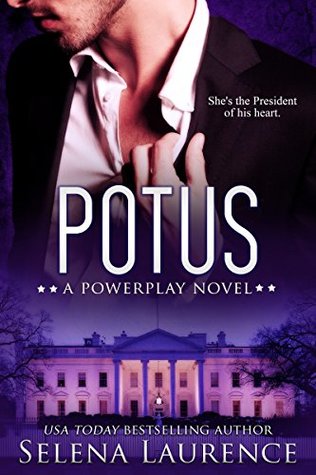 *I was provided a copy of POTUS by the author in exchange for an honest review. I am not compensated for my honest opinion.*

The first female President of the United States is beloved by her nation. After more than two years in office, the country already knows they want Jessica Hampton back for a second term. But what does Jessica want? She’s spent the last six years fulfilling someone else’s legacy, and although she loved her late husband and still loves his family, Jessica’s ready to move on with the rest of her life.

Egyptian Ambassador to the United States Kamal Masri has had demands placed on him from a very young age. In his culture, family comes before all else, and you never disobey your father. Having spent so much of his life outside Egypt, Kamal begins to question these ethics—especially when his father’s request goes against everything he’s been working toward in his career.

POTUS is part of the Powerplay series, but it is a standalone story. It can easily be read without having read the previous books in the series. The most appealing factor of this book is how both main characters are older and more mature, and their choices have life and death consequences. They each need to make decisions based on not only what is best for themselves but also what is best for their country, and those scenarios rarely overlap.

Aside from the differences between Jessica and Kamal’s goals for their respective countries, the most appealing layer of the story was the differences in their cultures. As an Egyptian, Kamal was raised to believe that men should protect women, yet he was falling in love with the most powerful woman in the world. His protectiveness was not always completely misguided, but he still had to learn to let go and allow Jessica to take care of herself. It amused me to see his friends laughing at him about some of his beliefs.

The plot itself was complex and woven together tightly, creating plenty of intrigue to keep me turning page after page. Every action had a consequence, politically and personally, and no choice could be made in a vacuum. Jessica and Kamal’s relationship grew at a believable pace, and their feelings for each other evoked every one of my own emotions.

I would have liked to see a bit more wrap-up about Kamal’s father, but overall the story left me enthralled and satisfied. I have yet to find a book by Ms. Laurence I didn’t thoroughly enjoy, and I look forward to future additions to this series.