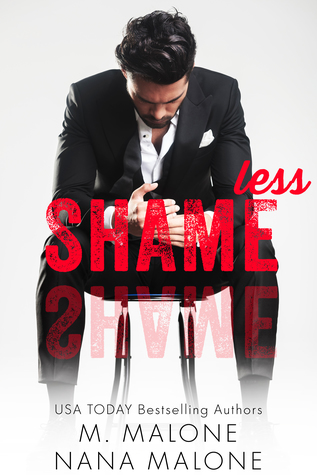 *I was provided a copy of Shameless by the authors in exchange for an honest review. I am not compensated for my honest opinion.*

Lucia DeMarco has made it her life’s mission to find out why her brother Rafe was killed. In the meantime, she just wants to live. A date with the cute guy who works with the city’s records while she’s searching for information seems like a harmless idea. Too bad her brother’s best friend, Noah Blake, feels otherwise.

Noah Blake swore he would protect Lucia at all costs, and that includes protecting her from jerks who aren’t good enough for her. Realizing he’s one of those jerks doesn’t stop his attraction from growing for the girl he used to view as a little sister. But staying away and staying out of her life are out of the question, especially now that she’s in more danger than she realizes.

Shameless is the first book in a romantic suspense series, and it will capture your attention with its wit and humor. The brother-figure turned romantic interest provides a nice amount of push and pull between the characters, and the tension between them is thick right from the start. I especially enjoyed when Noah intruded on Lucia’s date. There was plenty of comedy as well as forging of the attraction between the characters to carry the reader throughout the book.

This first book in the series focused on the beginning of the relationship between Lucia and Noah, and it could have used a little more buildup on the investigation into Rafe’s death. It didn’t feel like the investigation moved very much by the time the book ended. I did enjoy getting to know both characters, however Noah’s thoughts on how he wasn’t good enough for Lucia became repetitive after a while.

Overall, the story was well-written and left me wanting to know what happens next. I would definitely be interested in reading the next book in the series to find out more about Rafe’s death and how it affects the main characters and their relationship.