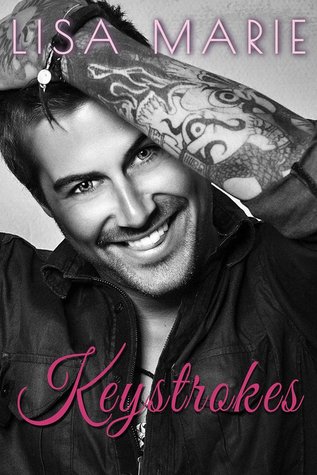 Book review blogger Farrow Connoley wins the chance of a lifetime to be the exclusive behind the scenes blogger during the production of the book-turned-movie Dirty. She gets to meet Kasen Wells, a young, hot actor she’s been drooling over. Kasen is down to Earth and immediately takes Farrow under his wing on the set, and then they begin spending time together off-set.

Thanks to Farrow’s outstanding blogging, she is offered a full-time blogging position. It’s her dream come true, and she can’t wait to move to LA to fulfill her contract. But Kasen doesn’t like the limelight and plans to move home to North Carolina once filming is over. Despite being in love, the two will have to find a way to compromise if they want to make their relationship work.

Keystrokes started out with what I thought was going to be an adorable plot. I typically love Hollywood romances and watching someone live out a fairy tale. I liked Farrow’s sarcasm in the beginning. But there were too many problems with this story, and I ended up not enjoying it very much.

Starting with the plot, it went from unbelievable to summarized, and from there it jumped around too much. Kasen’s attraction to Farrow seemed to be entirely based on the fact that she didn’t scream when she recognized him at the airport. Yet she fangirled all over him every other chance she got. Totally unbelievable start to this romance. Their time getting to know each other was barely shown, with their first dinner together summed up in about a paragraph. It provided me with no opportunity to connect with their relationship. They were in love by their second date, which was less than a week after they met. Everything after that felt like the story just jumped from one thing to the next with no continuity. We find out suddenly that Farrow felt she had something to prove to her father and that she had to make it on her own, but there had never been any hinting about that in her characterization prior to her announcement. Someone was apparently stalking Farrow, but all we were told was that she had a few phone calls from an unknown number. The next thing we see, there were voicemails and emails from the stalker that were never mentioned previously.

Specifically related to their relationship, neither character spoke to the other about what they wanted after the movie shoot ended. Farrow went and signed a 5-year contract to live in LA, while Kasen bought a house for them in North Carolina. And neither seemed willing to compromise. There was no discussion. When Kasen came back, he was trying to convince Farrow to move to NC with him again, still not taking her concerns into consideration.

The editing of this book made me feel like I was reading someone’s first draft instead of a polished novel. There were tense changes, bad dialogue tags, unnatural dialogue, incorrect or missing punctuation, and even a sentence that cut off right in the middle. Several times there were sentences that repeated the same phrases. Some chapter breaks were missing, among other incorrect formatting. During the wedding scene, the wrong name was used at one point.

Overall, I didn’t enjoy this story and had to force myself to finish reading it.

The Vanilla Bet by Ella Emerson 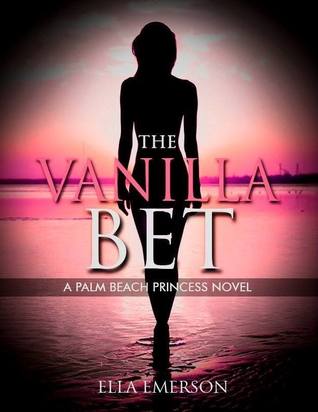 I need to start by saying I abandoned this book at ten percent. I don’t often abandon books, but I could not continue with this one. I wanted to give up after the first chapter. I chugged along to chapter two and had an even stronger urge to put it down. Made it through chapter three before I finally had enough.

This book is so horribly edited it’s difficult to read. It is a self-pub book, but it lists an editing company. I went online to look up the editing company to try to give the author a little credit, assuming the editor was to blame. But it appears that the author is responsible for the editing company. There were errors in the sample work on the editing company’s website, so I knew the book wasn’t going to get any better. They have no idea how to punctuate dialogue or use an em dash. The word “then” was used in place of “than.”

The story itself is also disjointed. It skips all over the place and is confusing. The dialogue and writing are unnatural. It feels like reading a fifth grade writing assignment instead of a published book. And since I didn’t get too far into the plot, I can only comment that the beginning of the plot is too cliché. The hero is a playboy who doesn’t date, yet he has an instant attraction to the heroine. He loses a bet and is supposed to date her for one month, but he walks out of the party with another woman. Then he decides he can’t be with the other woman because he’s thinking of the heroine. The heroine, of course, is also instantly attracted to the hero. Her car breaks down so she has to walk, and then she breaks the heel of her shoe. The hero happens to be the only person who drives by, and instead of driving her home he takes her out for coffee. Her shoe is still broken, but I guess she doesn’t mind walking around like that.

I don’t necessarily like reviewing books I abandon since I can’t give a full opinion. This one I felt I read enough of to be able to say it’s a do not read based on not only the plot, but the editing as well.