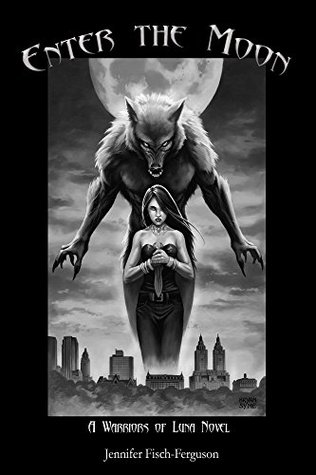 *I was provided a copy of Enter the Moon by the author in exchange for an honest review. I am not compensated for my honest opinion.*

Kama DeKosse has great plans for her life. She’s been training to be an opera singer since the age of seven. While on vacation and shopping for performance gowns, Kama meets Jack Twist and everything in her life gets thrown into a tailspin. Neither Kama nor Jack can deny their attraction to the other, but the obstacles they have to overcome may be too great. Their age difference is a major hurdle, yet it’s not the biggest thing standing in their way.

When Kama finds out her life is not at all what she thought it was, and neither is her boyfriend Jack, she’ll have to take some pretty big leaps of faith in order to survive. Her career in the world of opera hangs in the balance, and a new family of sorts is waiting for her on the other side.

Enter the Moon is a paranormal romance and urban fantasy novel that includes a romance with an age difference and werewolf shifters. The story is told in third person point of view by both main characters, even though it is mostly focused on Kama’s story.

Having both main characters be shifters along with their age difference was an interesting spin on the paranormal aspect of the story. The setting was also good, moving from LA to NYC and then focusing on Central Park. I also enjoyed the way the author used Jack’s “inner wolf” in a way that kept you guessing before you knew the truth. But in my opinion, the execution of what could have been a great plot was lacking.

At several points in the story, important events appeared to be thrown in with no transition. Each of these events felt misplaced, shocking in an unintended way. The entire story also seemed fragmented into different sections. It started with a large focus on Kama and Jack’s developing relationship and Kama acting very mature. When the story moved to NYC, Kama practically turned into a different character with more immature actions. We were also introduced to another character, who later disappeared from the story. The final section was the only one containing werewolves, which wasn’t really enough time to delve into the entire situation. Jack and Kama’s relationship was mostly an afterthought once we reached this point. I wanted to see more focus on the two of them together, or Jack explaining to Kama some of the things he mentioned in narration. Almost in passing, he mentioned Kama being his mate and that he couldn’t date her, but those issues were never really explored.

One big issue for me was the amount of internal dialogue from both characters. I understood this was partly done to show the split between the human and wolf personalities, but it pulled me out of the story because of the frequent shift between third person (narration) and first person (inner dialogue). At times there was almost as much inner dialogue as there was narration, and it didn’t add anything to the story, only told us what we already knew. The inner dialogue also contributed to an overall feel of “telling” instead of “showing,” though arguably this issue wasn’t limited to the inner dialogue. Telling the reader Kama and Jack made small talk over dinner didn’t help me get invested in the relationship.

Probably the most prominent issue for me was the editing—missing words, words out of order, commas in the wrong place, incorrect and missing punctuation, misuse and overuse of semicolons, sentences mashed together or ending abruptly. Dialogue (internal and actual) lacked contractions, making it feel stiff and formal. Internal dialogue was a mix of being in italics or single quotation marks, sometimes both and sometimes neither.

As much as I wanted to like this book, I had a difficult time becoming invested in it and sticking with it. This book just wasn’t for me. 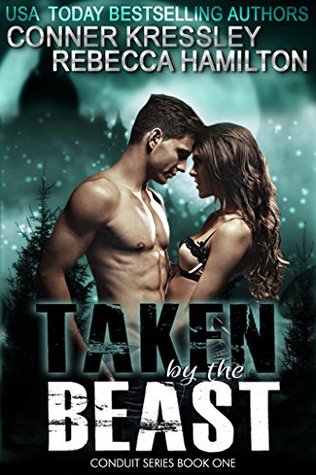 *I was gifted a copy of Taken by the Beast by the author. I am not compensated for my honest opinion.*

Charisse Bellamy’s career as a plus-sized model has come to an end, and in order to pay off her mother’s medical bills she returns to her hometown of New Haven to stay with her best friend and try to find a job. When she literally stumbles onto a night club that’s getting ready to open, she thinks she’s found the perfect way to make some money. But the pull to the club’s owner Abram is strong despite his off-putting attitude toward Char. In the mean time, Char’s best friend’s brother Dalton is doing his best to woo her. Deciding between these two completely opposite men is no easy task.

With women who look surprisingly like Char disappearing and townsfolk fearing something in the woods, Char is drawn into a fight for her life. It seems that not one, but two beasts are after her because unbeknown to Char, her blood has magical powers. Char will need to determine good from evil in a world where nothing is as it seems.

Taken by the Beast is a paranormal romance where perception changes in the blink of an eye. It will keep you guessing who is good and who is evil right along with Charisse. The paranormal aspect deals with shape shifters and magical beings. The romantic plot is a bit of a triangle for a while, as Char has two men to consider. One is vying for her attention while the other is pushing her away. She’s attracted to both, and she’ll have to make some difficult decisions to make the right choice.

I loved Char’s characterization. She was sarcastic and strong, and she was plus-sized but proud of her curves and considered herself beautiful. She never wanted to let anyone handle things for her, insisting women could take care of themselves just as well as men. Of course, this attitude also got her into a bit of trouble, but her strength was undeniable. The focus on her size did get a bit old after a while with too many references to her being large, but overall I liked that it was part of her character.

The book drew me in at the beginning as we saw a scatterbrained Char who lost her best friend’s son. It was amusing and intriguing. We immediately got a glimpse of the fact that things had changed in Char’s hometown and not everything was as it seemed. There was a reason for her best friend to be afraid of the woods, although we didn’t learn the reason until much later.

Although this was book one in a series, it could comfortably stand on its own. The ending provides information on the next issue Char will have to face, but it is not a cliffhanger ending. The issues of this book are tied up nicely.

There were some formatting issues and a good amount of grammatical errors, like missing and incorrect words, incorrect punctuation, and sentences mixed together. There was also an overuse of parentheses. Inconsistencies also drew me out of the story. For example, Dalton cracked his knuckles in front of Char while he was supposedly holding her to him with both of his arms. One of the characters was said to be fighting in their beast form when moments before they were in human form and there was no mention of them transforming. This book really needed a good editor in order to clean all of this up.

While reading this book as a romance, as the paranormal aspect didn’t begin right away, I wasn’t really in love with the love triangle. I didn’t like how many times Char changed her mind, but then once she made a decision, she seemed to string the other man along for too long.

Overall, the plot was decent, but there was too much taking away from it for me to fully enjoy this book.